The feeling of wanting to reconnect to Africa is real for many people that belong to the African Diaspora, yet they don’t know where to begin. A year ago, my best friend and I moved to New York City and took up residence in a humble apartment in Brooklyn to pursue our careers in ways we had only imagined.  Koku Gonza, an emerging International Singer | Songwriter, bought an uncomfortable futon, drop off a few suitcases of clothes, and immediately left for a six-week music residency in Hong Kong, China. A week later, I filled my SUV and journeyed from Washington, D.C. to Brooklyn on election day. It was cold, the country was on edge and I was weary. From opposite sides of the globe, we both knew that sooner than later, we had to find a way to get to Africa. It was time, and we were determined to make it happen.

From Brooklyn to Africa
As a Creative, New York is the city to be in if you are serious about your art. The opportunities are endless, but you have to rise and grind. Our mornings usually begin at 7 am, with agendas that include singing on the train platforms, processing orders and sewing or conference calls with team members. The uniform, Amyang Fashun apparel. One afternoon she came home with a story that inspired the inception of Passport to Zuri.

With a blank stare, my response was simple.

While Koku Gonza was singing the classic African song, Maliaka, on a train platform in Brooklyn, Justa Lujwangana, Founder of the Travel Brand, Curious on Tanzania stopped her fast-paced New York walk. She listened emotionally, and made the connection. Through their first conversation, Koku Gonza learned that her name identified her as a daughter of Bukoba, Tanzania, a name given to her by her late father. Justa, a travel curator with a passion for helping people experience Tanzania in the most authentic way, invited Koku Gonza to plan a trip that would reconnect her to her family, history and more. As someone who was able to connect to my family in Sierra Leone at a young age, I knew how important this trip would be to Koku Gonza. Weeks later, the trip planning began.

What is Passport to Zuri?
Our joint network of friends and colleagues range from Art Creatives to Corporate Professionals, Politicians and Students. Although their passions vary, one thing that seems to be a common thread among many is the interest to travel, vacation, and do business in Africa. Through conversations, people have expressed reservations about Africa based on media and horror stories from others. Without a direct connection, traveling to Africa typically remains as a dream. Our joint passion for wanting to showcase Africa, build connections in Africa, and highlight all of its beauty while traveling defines Passport to Zuri.

Zuri comes from the word Uzuri, which means Beauty in Swahili. We chose Swahili because it is one of the few African languages spoken in over 10 African Countries, including the US and taught in learning institutions throughout the world.

The Itinerary
On the evening of October 28th, 2017, we flew out of JFK International Airport via Egypt Airways. The first stop: Cairo, Egypt. Our 9-hour layover allowed us to arrive at 11:00 am, join a tour bus that took us to Giza to see the Pyramids, shop essential oils and papyrus paintings, and rejuvenate in a complimentary hotel room before flying to our next destination. 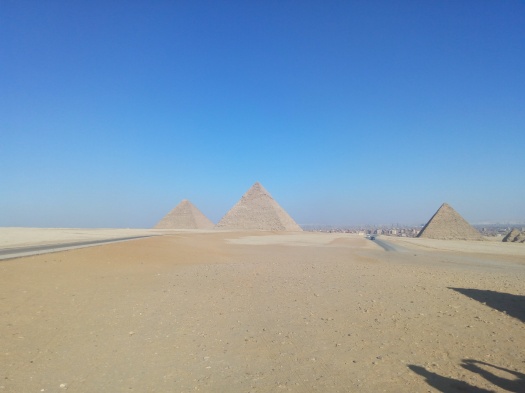 What’s Next for Passport to Zuri?
Our trip thus far has been filled authentic food, surprise meetings and connections, and a few dramatic moments. From the beauty of the people and places where we have been hosted, to the pulse of morning rush hours and ocean-side nightlife, Africa’s beauty has captivated us. Follow our travels here and through Instagram.